When some of my northern friends wholeheartedly brandish Londoners as ‘unfriendly’ I am the first to jump to my hometown’s defence. I explain that in London people are packed closely together so  don’t talk to each other that much as they are scrambling for a bit of personal space.

Then if that fails, I assert that  those who certify Londoner’s as unfriendly are probably looking for unfriendliness, so happen to find it. This argument usually fails. I wouldn’t  however be able to defend my hometown if  some commuters were described as unhygienic, committed to hurting themselves and scarily  angry.

Yesterday on my way to work a lady confidently coughed in my face. OK, I’m exaggerating just a little bit. Not quite my face, but I could tell that the thought of even covering her mouth to enable me to get some protection from her cough related germs did not even cross her mind. She then freely coughed again. I tried to meet her eye to give her a Classic British Passive Aggressive Stare but she just seemed happy that her cough germs were out of her mouth and in the shared air.The number of men that I’ve seen enthusiastically picking their nose is disgusting and actually makes me feel a bit ill, so I’ll move on.

The genuine anger that I have seen on the tube has been a surprise. Once I saw a professional looking business man run for an overground train at Haggerston, then miss it. He then proceeded to  punch the side of the train as though he was trying to create a door with his bare fist. He then violently swore as though the F- word was his new mantra. He was too into his anger to actually notice that the next train was just four minutes away, so I pointed this out to him. He didn’t seem impressed with my observation so I  decided to move away from him and his angry fist.

I see people almost killing themselves to get on the tube at least twice a week. As soon as the closing door beeps sound,some people try to defy the laws of physics and get through the closing solid, steel doors. This results in hands and heads getting stuck. Fellow travellers then have to muster hulk like strength to pry the doors apart.

I really don’t understand why people almost kill themselves to get on the tube when they come every three minutes.

I do bloody love London but would be quite alright without the generous sharing of cough germs,the piles of limbs trapped in doors and the sudden stutters of anger that I experience far too frequently for my liking.

2 thoughts on “The Trials of a London Commuter” 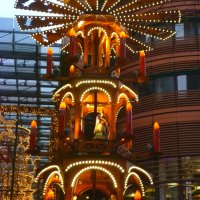 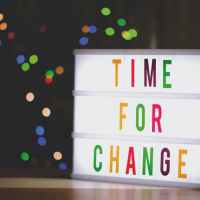